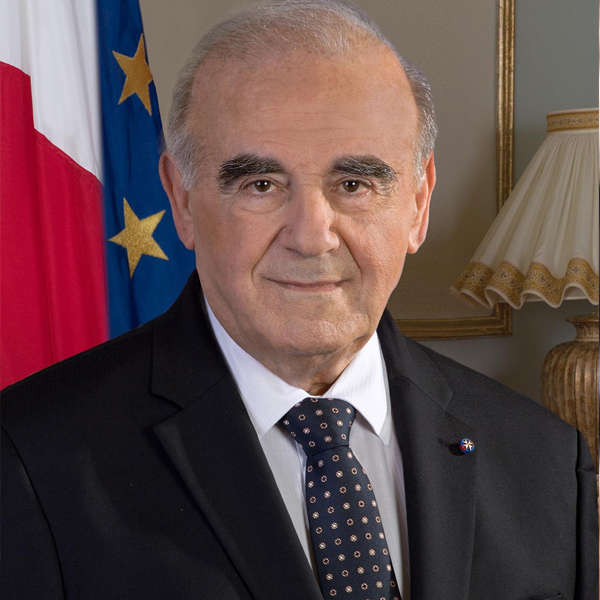 BIOGRAPHY OF THE PRESIDENT

Dr George Vella is the tenth President of the Republic of Malta, by virtue of a Parliamentary Resolution passed on 7th March 2019 by the House of Representatives.

President Vella was born on 24th April 1942. His educational path commenced at the Żejtun Primary School, followed by secondary education at the De La Salle College in Birgu.

Since 2003, Dr Vella has served as a Specialist in Family Medicine.

He was first elected to Parliament in January 1978 following by-election in the Third District.

Between 1978 to 1986 he was a Member of Conference of Local and Regional Authorities of Europe (CLRAE), and Substitute Member of the Parliamentary Assembly (Council of Europe).

Between 1981 and 1987, he was elected as MP in the interests of MLP from the Third District, whilst in 1982 he was Rapporteur to CLRAE on 'Marine Pollution from Maritime Sources'. From January to May 1987 he was Permanent Representative at the Council of Europe.

After serving as MP in the interests of the Labour Party between 1992 and 1996, he was elected as Deputy Leader for Parliamentary Affairs for the Labour Party up to 2003, where he was also Spokesperson on Foreign Affairs and Vice-Chairman of the Joint EU/Malta Parliamentary Committee. In April 1997, Dr Vella served as Honorary President of the second Euro-Mediterranean Ministerial Conference.

Between 1996 and 1998, Dr Vella was also appointed Deputy Prime Minister and Minister for Foreign Affairs and Environment.The medical, environmental, and international relations fields continued to play central roles in his academic involvement and professional commitments.

All along his political career, Dr Vella led many delegations abroad, and attended numerous conferences and seminars, including those by OSCE, Council of Europe, and IPU. He has also delivered numerous speeches, mostly on environmental and foreign affairs in Strasbourg, Aachen, Tripoli, Tunis, Marseilles, and numerous other capital cities around the world. Before his nomination as President of the Republic, Dr Vella served as Minister of Foreign Affairs of Malta (2013-2017). During this term he developed and broadened the extent of Malta's foreign policy by leading high-level delegations to countries across the globe. Among his regular appointments, Dr Vella represented Malta at the Foreign Affairs Council of the European Union, where his involvement on Mediterranean-related issues was very visible.

Aside from Malta's immediate neighbourhood, Dr George Vella expanded Malta's outreach to several other regions of interest such as the Western Balkans, Central Europe, Asia, and the Gulf. As a firm believer in multilateralism, Dr Vella contributed actively to regional, as well as international, bodies such as the UfM, 5+5, OSCE, the Council of Europe and the United Nations, with the aim of encouraging dialogue and mutual understanding on every front. During this term, Dr Vella was on the front line in the organisation and chairing of proceedings during the EU-Africa Summit (2015), Conference of Heads of Government of the Commonwealth (CHOGM) (2015), as well as during Malta's Presidency of the Council of the European Union from January to June 2017.

He is married to Miriam and has three children: Claire, Elaine, George Jr., and seven grandchildren.